The Chinese smartphone brand OnePlus blasted into the market years ago with its flagship smartphone that combines affordable prices and top performances. This sets to continue with its latest series, the OnePlus 8 Pro.

This series come with 2 models namely OnePlus 8 Pro and OnePlus 8 which are priced at $1,298 and $998 respectively. This position them at the same price range as the other top Android models on the market.  In this today, we talk about the OnePlus 8 Pro model. 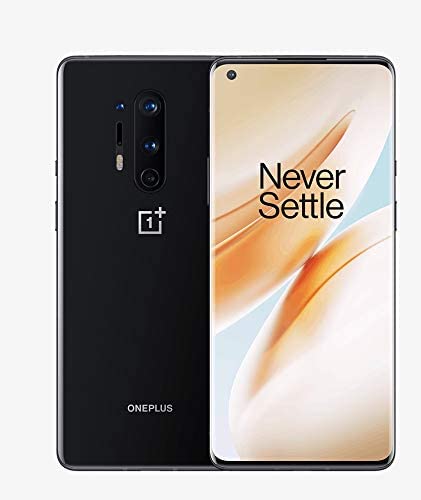 Let’s get into the details below.

The OnePlus 8 Pro is the first OnePlus smartphone to have wireless charging and IP68-certified water resistance.

Like recent flagship phones from Samsung and Huawei, the OnePlus 8 Pro can wirelessly charge Qicompatible devices, such as wireless earbuds, through a reverse charging feature.

To complement the wireless charging feature, OnePlus has made a fast 30W wireless charger that promises to replenish 50 per cent of the OnePlus 8 Pro’s battery in half an hour. But I do not manage to try it as OnePlus has not announced local availability and price.

However, the wired fast-charging feature is rapid enough to recharge the phone by two-thirds in around 45 minutes in tests.

Meanwhile, the cheaper OnePlus lacks wireless charging and is not water-resistant. It also has a 90Hz screen and three, not four, cameras.

Unsurprisingly, the OnePlus 8 Pro looks very similar to the Find X2 Pro from sister company Oppo. Both phones tout an all-screen facade with a hole-punch selfie camera at the top left corner and an in-display fingerprint sensor.

I like the OnePlus 8 Pro’s matt frosted glass back, which is resistant to fingerprint smudges.

However, I am not a fan of the huge rear camera bump that sticks out slightly even with the phone snug in the included clear case.

The OnePlus 8 Pro boasts one of the best displays in a smartphone now. It has a crisp screen resolution of 3,168 x 1,440 pixels. Colours are punchy and vibrant – the screen supports a wide colour gamut and can show high-dynamic range videos from Netflix.

This display also has a higher-than-usual refresh rate of 120Hz that feels smoother and more responsive when navigating the phone interface or scrolling a Web page.

Setting the display to its 1,440p resolution at 120Hz can drain the battery faster than expected. I recommend setting the screen at 1,080p and 120Hz, which is a good compromise between battery life and smoothness. With these settings, the phone usually lasts me an entire day without charging.

Among the OnePlus 8 Pro’s four rear cameras is an unusual colour filter camera that produces sepia-like photos with predominantly grey and copper tones. It seems like an afterthought, though – the feature is buried in a sub-menu of the camera app and will likely be overlooked by casual users.

Its 48-megapixel (MP) primary camera uses pixel-binning to produce 12MP photos that have better dynamic range and less noise than their 48MP versions.

Photos turn out a tad saturated at times, but generally, the colours look accurate and the level of detail is good.

While its telephoto camera with 3x optical zoom is not as amazing as the periscope-style ones on some of its rivals, the OnePlus 8 Pro does a decent job at shooting faraway objects.

For low-light photography, the OnePlus 8 Pro offers a longexposure night mode that brightens up dark scenes and prevents blown-out highlights.

But the downside is that the colours are not as accurate – plants, for instance, have a yellowish tint in this mode.

In short, the OnePlus 8 Pro has very good cameras that are competitive with the ones on flagship models.

OnePlus phones have always come with flagship mobile chips. For the OnePlus 8 Pro, it is Qualcomm’s Snapdragon 865 chipset, which is complemented by 12GB of fast memory.

Hence, the phone feels fast and fluid. This is also helped by OnePlus’ OxygenOS user interface that uses popular Google apps such as Gmail and Chrome instead of proprietary apps, which would have added bloat.

In Geekbench 5, the OnePlus 8 Pro has near-identical scores – 902 for single-core and 3,321 for multi-core – as the similarly specced Oppo Find X2 Pro.

In video-loop battery test, the OnePlus 8 Pro lasts an impressive 12hr 40mins with the screen set to maximum brightness and at a standard 60Hz refresh rate.

The OnePlus 8 Pro is the firm’s most expensive smartphone yet, but it is still cheaper than flagship models from other brands.

With a 120 Hz QHD+ AMOLED display, the OnePlus 8 Pro delivers your favorite shows and games with speed and smoothness. Top-of-the-line hardware matched with a burdenless software experience ensure this is the best flagship experience around. And you’ll never be without power long, thanks to Warp Charge 30 Wireless, which delivers wireless charging with unrivaled speed and convenience.